A quarter of assets of all real estate funds that we analyse are located abroad. This growing interest is confirmed year after year and demonstrates the willingness of fund managers to diversify their portfolio out of France.

Among these funds, we have identified those whose real estate assets are located more than 50% out of France. According to our analysis, this relates to 20% of the funds referenced, for a total of 32 funds distributed as follows: 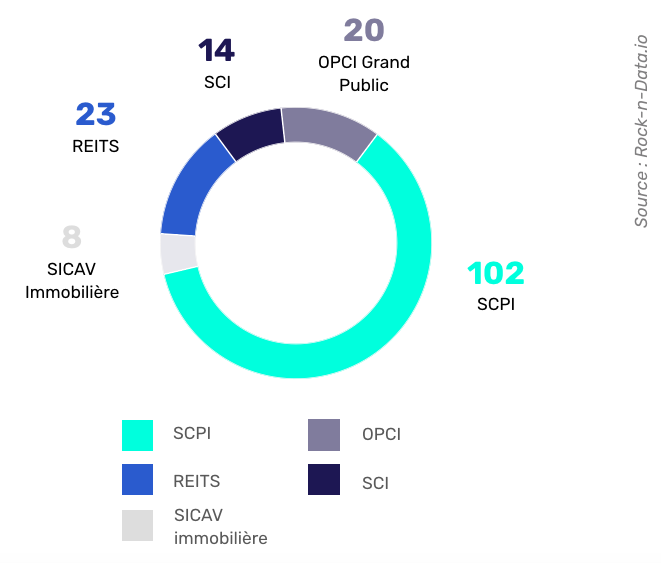 Out of our sample of 167 funds analysed, we identified an average rate of return of 4.70% for the year 2020. It is lower than the rate of return of funds mainly invested abroad, with 6.06% in 2020 largely supported by the International SCPIs.

As for the average share price of the real estate funds market, we’ve observed a decrease of 9.53% on average compared to more than 27% loss for international funds (note that the change in the average price 2020 is the difference between the average price 2019 and the average price 2020). Of these vehicles, 16 are sensitive to market volatility, almost half. This sharp fall is due to the fall in stock prices in early 2020  when financial markets collapsed after governments ordered a partial or total lockdown of their population.

Among European countries, Germany is the most represented country

70% of our sample of 32 international real estate funds analysed are invested abroad. The most represented country remains France with 31% of the assets owned. As of 31 December 2020, Germany is the mostly invested foreign country, represented withe more than 22% of assets. Investors want to take advantage of the strong economic potential of tertiary real estate in Europe's largest economy. Germany also has an advantageous tax system that increases the profitability of investment for French individual investors.

The second most represented country is Italy with 9% of presence. Some SCPIs are also investing in Central Europe. These countries offer strong economic potential and low costs of workforce. 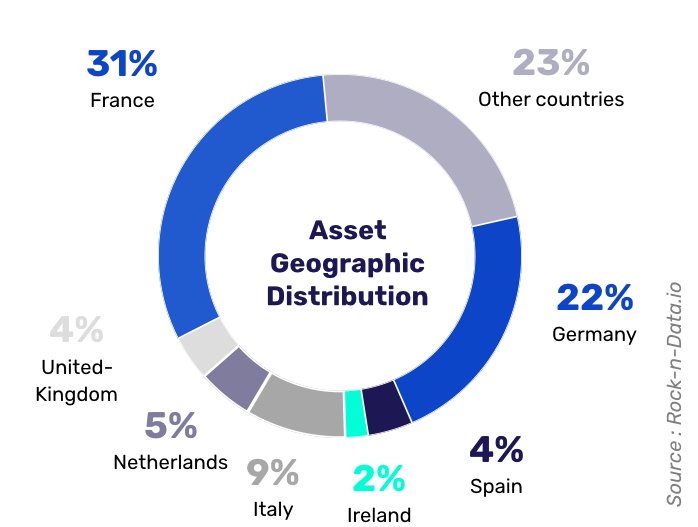 Retail assets account for 44% of total assets, followed by offices for 27%. Hotels are in third place, accounting for 11% of the assets invested.

Retail and hotels were the most impacted  asset types during this covid pandemic. On the one hand, many shopping centres and independent retailers have been closed for more than a year now. On the other hand, travel restrictions between countries have largely limited hotel activity. 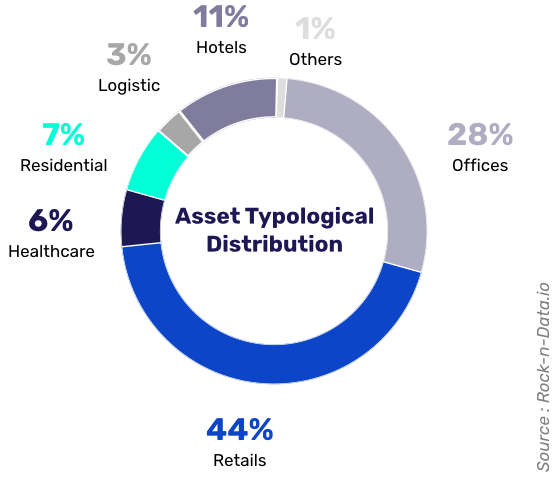 Significant tax benefits for funds invested out of France

French “Pierre-Papier” Funds are fiscally transparent, i.e. they are not directly subject to corporate tax, under condition to distribute the profits to its shareholders. Depending on the foreign exposition , French shareholders will pay taxes on the dividends obtained. The amount differs depending on the nature of the income and the individual tax situation of each investor.

However, there are exceptions to these tax transparency rules. Indeed, in the case of international SCPI (the one mostly invested out of France), there are fiscal agreements between countries which provide the taxation of property income in the country where the assets are located. Foreign income taxes are therefore paid at source by asset managers, allowing investors to collect net foreign tax income. To avoid double taxation at the time of tax reporting, the French tax authorities then grant a tax credit equal to the French tax corresponding to these incomes.

For SCPI, foreign-source income is also exempt from social levies, a saving of 17.2% for investors, which is already a significant first benefit.

Stay informed of the latest news of the Pierre-Papier !

Your contact details will only be used to communicate information about our services to you and will under no circumstances be communicated to third parties.

The Silver Economy, which addresses the requirements and demands of seniors over 50, comprises a broad variety of goods and services that employ a wide range of technology, including home automation, sensors, and connected devices.

Amidst the Covid-19 crisis, the logistics real estate market appears to be one of the most resilient and successful investment sectors.

French legislation defines a lease as a contract by which one person (a landlord) commits to let another (the tenant) the right to use a thing, for a certain price (the rent) ...

Our Opportunities
Asset to sell